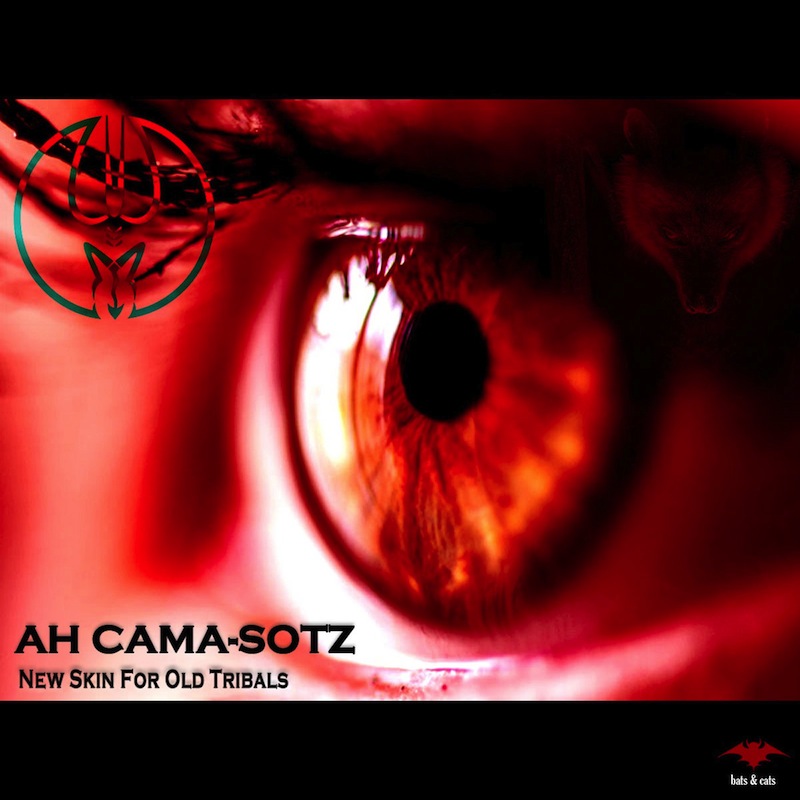 ” Blood and fire come to smoke, the sun shall be turned into darkness and the moon into blood before the great and terrible day of the Lord… ”

This is the right time for a new AH CAMA-SOTZ release called “ NEW SKIN FOR OLD TRIBALS “. The typical Ah Cama-Sotz tribal-ritual, ethnic and dark techno-industrial distorted elements are never far away. These rhythmical tracks are without any doubt ready for the dark dance underground club culture. Four-to-the-floor complex bat beats as we know from Ah Cama-Sotz, mixed with lots of heavy technoid-industrial moods and sounds. The following keywords apply: Vibrant. Energetic. Bouncy. Intense. Brutal. Passionate.

Then I saw an angel coming down from heaven, holding in his hand the key to the bottomless pit and a great chain. #Inner Circle. And he seized the dragon, that ancient serpent, who is the devil and Satan. #SlowBurn. And bound him for a thousand years and threw him into the pit. #Mass Mayhem. And shut it and sealed it over him, so that he might not deceive the nations any longer, until the thousand years were ended. #Breathe. After that he must be released for a little while. #Fear of Failure. Then I saw thrones, and seated on them were those to whom the authority to judge was committed. #Wonderland. Also I saw the souls of those who had been beheaded for the testimony. #On the Brink of Collapse. And those who had not worshiped the beast or its image and had not received its mark on their foreheads or their hands. #PainKiller. They came to life and reigned for a thousand years. The rest of the dead did not come to life until the thousand years were ended. #NoSelfControl. This is the first resurrection. #In a Cold Room, Where Time Stands Still. (source: Book of Revelation)