One of the most productive ambient / noise act out there a couple of years ago, Ah Cama-Sotz has taken some rest recently, and it has been almost a year since the “Mantra” MCD had shown a new direction, more rhythmic and energetic, for this pillart of the rhythmic noise scene. With this new full length album (available either as a normal CD or in a box limited to 600 copies and featuring three tracks recorded at the 2001 edition of the Maschinenfest festival), Ah Cama-Sotz presents something which is radically different from his calmer previous albums.

If “Mantra” was the first CD in which Ah Cama-Sotz was introducing groovy, undistorted beats into his music, turning most of the tracks into a very catchy shade of dark sounds and trancey atmospheres (in opposition to the abrasive, colder, simpler and, most of all fewer rhythmic tracks of his earlier releases), “La procesión de la sangre” is the album with which this evolution blooms. The beats and structure are more mature than on “Mantra”, and the whole thing is well balanced. The album, made of several themes alternating (the “blood” one, made of calm tracks, then the three “rites” at the end) keeps on going from atmospheric, deep and more or less typical Ah Cama-Sotz tracks to heavier and more violent ones. Being rather surprising from this artist and in a way catching more the attention of the listener than this other ones, the beat oriented tracks constiutes the core of this album. Fast building, not too linear but keeping the beat heavy and steady, they are less noisy than one could expect, but have a good, almost bodily heaviness (and even some vocals, very distorted, on “Fluido mortal”). Good tracks to move too, they also reflect more what Ah Cama-Sotz is now playing in concert.

One should still not forget Ah Cama-Sotz main style, the calm, somehow threatening and very mystic tracks that tie this album together. Featuring a bit more samples that usual, they are also approached in a new way. Neither as deep and claustrophobic as “U-boot” nor solemn and dark as “The house of the lordh”, they have here something of a soundtrackish feeling. Building more slowly and containing a wide variety of sounds, they also reflect the maturation that Ah Cama-Sotz is demonstrating all throughout “La procesión de la sangre”. Obviously, this album is better produced than his previous works, with a lot more details (in the beats, the arabic samples, or the soundscapes). Not as noisy, more varied and just working better as a whole than before, here is an album that is quite a revolution for Ah Cama-Sotz. Already an essential act for the scene he belongs too, this project signs here my favorite album from him. I have been listening to this album a lot recently, and never got bored of it (even thought it uses the whole 74 minutes available on a CD).

The second CD of the boxset, packaged in the same kind of cardboard packaging as “Mantra” (and Winterkälte’s “Green war”), contains 20 minutes of live show. These three tracks do not appear on the album, but sound close, if not a bit noisier and heavier. Using less of the clear electronics sounds introduced on “La procesión de la sangre”, it is a bit more aggressive and very nice, but not necessarily a definitive must have. If you already like Ah Cama-Sotz, or if you attended this concert, get the boxset. If not, you can safely check out the album, as it will probably be one of the best releases of the genre for this year. Ah Cama-Sotz has managed not to repeat himself, which is a minor tour de force and a very good thing. 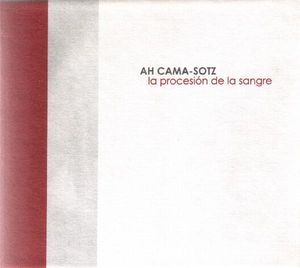 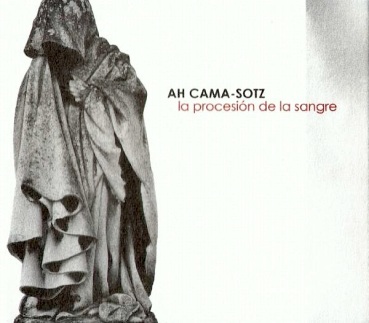